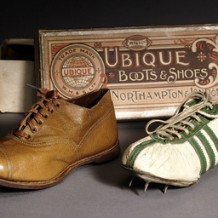 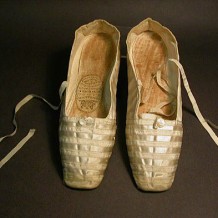 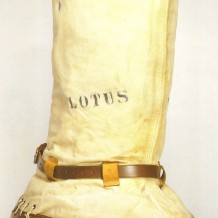 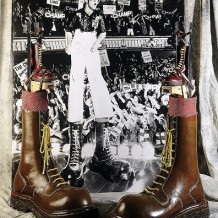 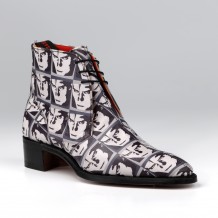 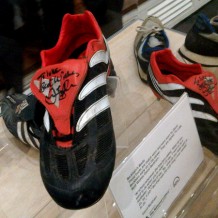 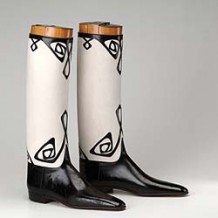 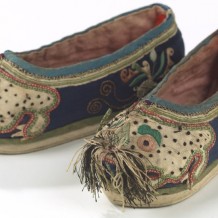 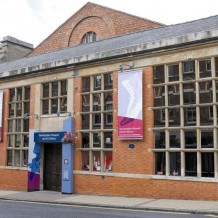 Northampton Museum and Art Gallery has the largest collection of historical footwear in the world, designated as being of international importance.  The ground floor is given over to the display of some of the museum’s 12,000 shoes, spanning the period from the Ancient Egyptians to the present day and includes novelties such as Elton John’s ‘Tommy’ boots from the film Pinball Wizard, giant boots made for Jumbo, the eleven year old female elephant that took part in the British Alpine Hannibal Expedition in 1959, and a signed pair of football boots by former England international captain and fashion icon David Beckham.

There are also two galleries dedicated to footwear: Life & Sole focuses on the history of shoemaking and contains a re-creation of an old shoe factory;  Followers of Fashion concentrates on the history of fashions in footwear throughout the centuries and includes designs from the likes of Salvatore Ferragomo, Manolo Blahnik and Vivienne Westwood.  There are also several paintings on display that reflect the museum’s focus on footwear, such as the 17th-19th century Dutch and Flemish works by Jan Miel and Hendrik van Oort featuring cobblers, shoemakers and shoeshiners.

A key project for 2012 was the Dress The World project, a series of collaborative exhibitions that took place in museums across the region as part of the London 2012 Cultural Olympiad which included The World at your Feet exhibition, which included an online trail, and the World Footwear Conference hosted at the University of Northampton.

You can find out more about the work of the Museum via its blog site.