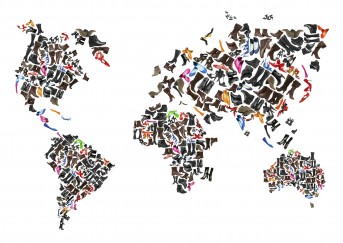 Despite a dramatic decline in terms of overall manufacturing production since the 1960’s, the UK footwear industry remains a substantial asset, employing over 9,000 people across manufacturing, importing, material sourcing and design, from major international brands to smaller innovative labels.

Specialist retail outlets and stockists for Northamptonshire’s leading brands can be found throughout the world and its major cities, from London to New York, Paris to Moscow, and Madrid to Shanghai.

Today the total value of the UK footwear industry is estimated to be in the region of £8bn per annum in sales. The UK is the eight largest exporter by value in the EU with exports in excess of £630m, or 40 million pairs, with over 80% by volume intra-EU (primarily to Ireland). Demand continues to grow however from key international markets in North America, Russia, and the Far East, with the potential for further significant growth in China and emerging economies of India and Brazil. 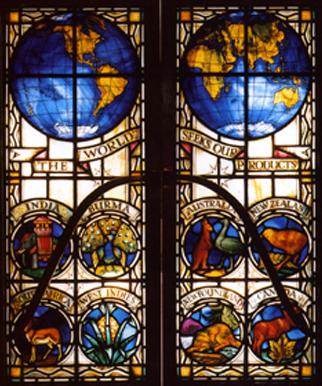 New initiatives such as The British Edition, facilitated by the British Footwear Association in partnership with UKTI, actively promotes leading UK brands at international trade shows, capitalising on the success of the London 2012 Olympic Games and demand for high quality British designed products.

Between 2012 and 2016 sales are expected to increase year-on-year and by 16.2% (in terms of current prices) overall. This growth will primarily be driven by the economic recovery, which is likely to boost consumer confidence and spending, presenting a clear opportunity for the ongoing renaissance and future success of Northamptonshire’s historic footwear industry in both domestic and international markets.