Wellingborough: Articles: The effect of the legacy of the boot and shoe industry on the historic fabric of Wellingborough

Unlike the iron smelting industry, the boot and shoe industry has left a built legacy in the town, largely in the form of old factories and smaller associated workshops.  Most of these were situated in the areas of Victorian development in the eastern part of town that lie outside the 2009 Conservation Area Appraisal study area including the 1893 works of E Watts & Co. in York Road and others in Mill Road (Rudlens and Walker Bros.). However there are some surviving former factories within the study area, notably in Alma Street, Great Park Street and Rock Street.

Redevelopment pressures in the town centre have undoubtedly resulted in the loss of other buildings associated with the industry.

Surviving buildings within the study area, which are known or suspected as having had associations with Wellingborough’s industrial past, are indicated on the map below: 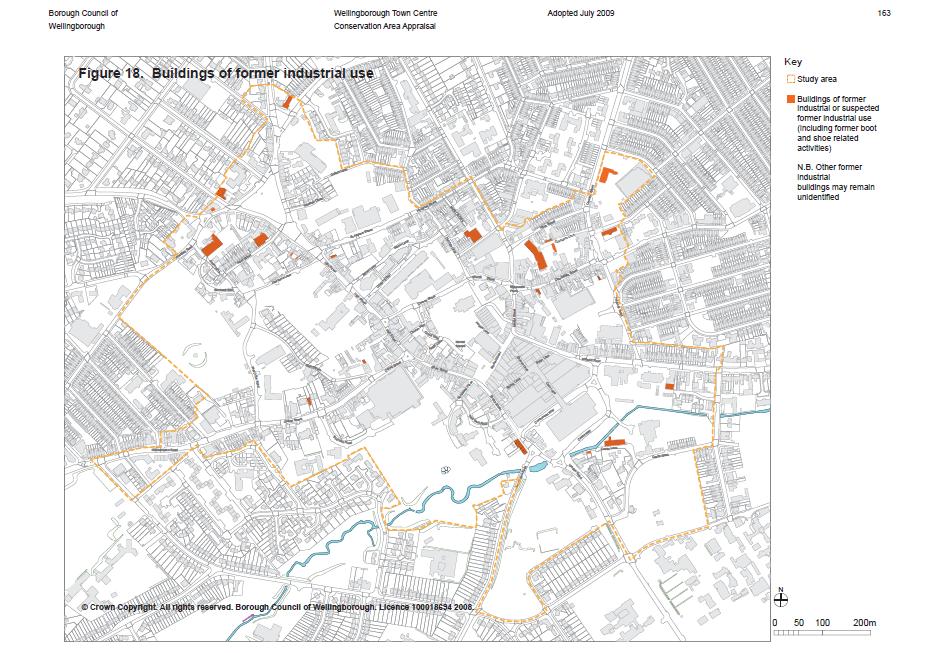