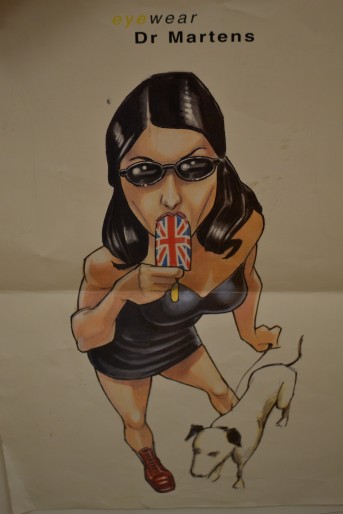 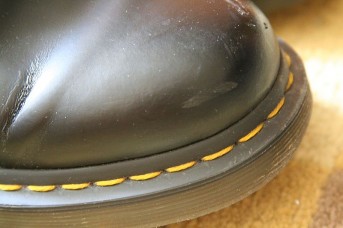 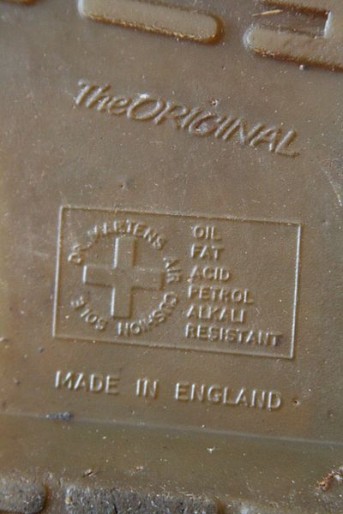 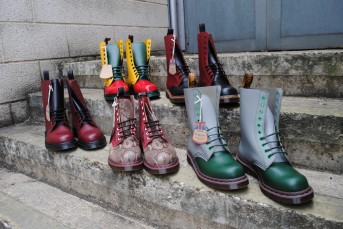 Dr Martens products have been made by the R Griggs Group in Wollaston, Northamptonshire, since 1960 and were originally sold as reliable working men’s footwear.

The Griggs family have been making boots since 1901, but it wasn’t until they bought patent rights to manufacture boots created by former German army doctor Klaus Märtens and Luxembourger Herbert Funck that they had a future international fashion brand in their hands.

Griggs anglicised the name, slightly re-shaped the heel to make them fit better, trademarked the soles as AirWair, added the trademark yellow stitchin, and, on the 1st April 1960, the first pair of Dr. Martens boots were born..

Initially the boots, known as style 1460 and still in production today at the Cobbs Lane Factory in Wollaston, were popular among workers such as postmen, police officers and factory workers, and it wasn’t until the early skinheads that the boots became a fashion icon.

The famous boots have since gone on to worn by successive youth cultures that includes punks, two tone, hardcore, psychobilly, goth, industrial, grebo, grunge, indie, Britpop and emo, and worn by a few rock legends along the way!

By the mid-1990’s the R. Griggs company employed 2,700 people generating an annual revenue of £170 million, and producing up to 10 million pairs of shoes per year.

Sales during the same period however fell dramatically from US $412 million in 1999 to $127 million in 2006. On 1st April 2003, 43 years to the day after the production of the first 1460 style of boots and under pressure from declining sales, the company ceased making shoes in the United Kingdom moving all production to China and Thailand. Five factories and two shops were closed in the UK as a result of this decision, and more than 1000 of the firm’s employees lost their jobs.

In 2004 however, Dr. Martens began producing footwear again at the Cobbs Lane Factory. These products are part of the “Vintage” line, which the company advertises as being made to the original specification, and by 2010 the factory was producing about 50 pairs per day.

Worldwide sales of Dr. Martens shoes grew strongly again in the early 2010s, and in 2012 it was assessed as being the eighth fastest-growing British company. Over roughly the same period the R. Griggs company opened 15 new Dr. Martens retail stores in the United Kingdom, United States and Hong Kong, also launching a line of fashion clothing and accessories.

Dr. Martens remains in the ownership of the Griggs family headed by Max Griggs.