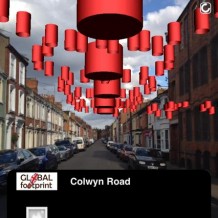 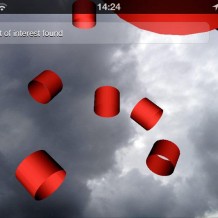 The artwork, titled BROGUED, has been masterminded by artist Steve Messam and is a series of giant three-dimensional augmented reality installations that can be found in and around on Hunter Street, Burns Street, Colwyn Road and Shakespeare Road.  The artwork has been based upon original designs found in Northampton Museum and Art Gallery archives.

As classic men’s shoes, brogues take their name from the method of punching the leather with small holes to make decorative patterns.  Most of the shoe manufacturers in Northampton were gents shoe specialists, each making their own versions of classic designs.  In many cases the main distinction on brogues between factories was in the decorative patterning.

BROGUED reconnects viewers with the past, using the brogue detailing patterns unique to each shoemaker as visual signposts to the area’s heritage. The patterns appear to float around four metres above the ground encouraging the viewer to look up and see the streets with a fresh view.  They can walk under the installations, look around them from all sides and even photograph them as if they were really there.

“This piece highlights the unending yet hidden ‘memory’ and history of the streets, and our own relationship with our surroundings. Because of the non-invasive technology, the use of augmented reality has great potential in bringing to life and exploring Northampton’s shoe and boot making heritage, without the need for physical signage or interrupting their modern day usage. The installation suggests the past is all around us if we only take the time to look.”

To access BROGUED from iphone, ipad or android devices either scan the QR code below, click on it from a mobile device, or click here for further instructions. 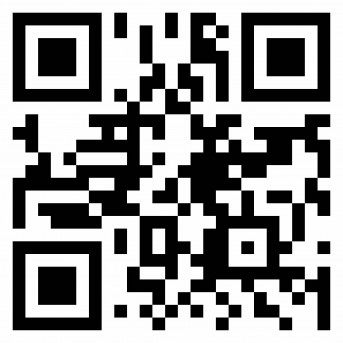