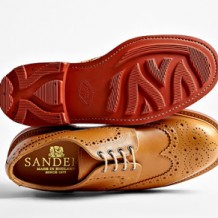 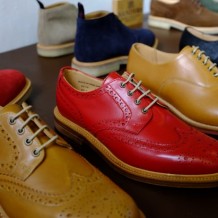 Now in its 140th year, Sanders & Sanders Ltd was established by brothers William and Thomas Sanders with five craftsmen and a workshop in Rushden town centre.  As orders gradually increased, and more craftsmen were taken on, the decision was taken in 1912 to move the operation to a new factory to Spencer Road, then located on the outskirts of the town.

As machinery became more advanced, and Charles Goodyear had provided the shoemaking industry with ‘Goodyear welting’ machines, the process sped up remarkably, and by the end of World War I 5000-6000 pairs of shoes were being produced at the factory and sold across the country.

Following a disastrous fire in 1924, the factory was rebuilt using the latest design and machinery, and was passed on to the next generation of the Sanders family.

The company is now in its 4th generation of Sanders and is producing over 2000 pairs of the finest quality shoes and boots every week, which are exported to over thirty countries internationally.