Clickers at the old Barker's factory

Earls Barton has long been synonymous with footwear. From innovations like the wooden peg soled boots for sailors and firemen to the ‘Kinky Boots’ made famous by the film and stage musical, Earls Barton’s development has been tied to shoe making for centuries.

In the mid nineteenth century individual shoemakers began to band together to form workshops in cellars and old cottages. These men sent work out to outworkers who worked from home. The 1851 Trade Directory records that one manufacturer W & F Dunkley employed 50 men and 20 women in this way.

By the end of the nineteenth century purpose-built workshops were being built in the yards and gardens of terraced housing in the village. These can be seen still in Park Street, Sunnyside, Victoria Street, Prince Street, Queen Street and King Street.

Purposes built factories, usually 3 storeys high, were built around the village as businesses grew. Two remaining examples can be seen on Harcourt Square and King Street. 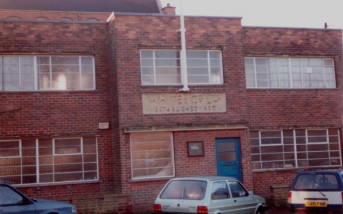 Family was very central to shoe making communities. Most of the members in the family would be involved in the shoe making process. Many of the big firms saw the business and skills pass from generation to generation. The businesses proudly carried their name: A. Barker & Sons, White Brothers, Jessop and Son… 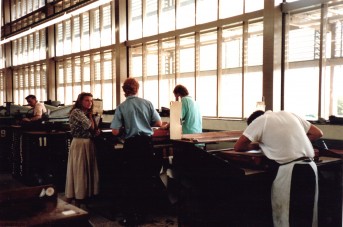 To survive a global economy, businesses have to adapt. Barkers chose to move out of their factory on Station Road and into a state-of-the-art building in 1987. They still produce high quality shoes from this site employing local people and continuing a long heritage.

The village’s shoe making heritage can be explored further by visiting the Earls Barton Museum www.jeyesofearlsbarton.co.uk